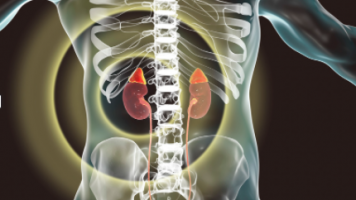 Relax and sleep better through helping your kidney-adrenals 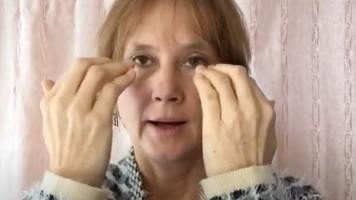 What does Body-Mind Counseling mean and why it is important for you?!

One of the questions I get quite often when asked when I introduce what I’m doing is:

What does that mean: Body-Mind Counseling???

And why it is important for me? Or how could it be helpful for me?

Well, I want to give you an example from a client of mine, Sylvie:

When I first met her, her foot didn’t bend well because of an accident she had many years ago. That meant, that her life was limited in movement.

She had difficulties going up and down the stairs. And the foot often hurt, even after all these years.

When I first met her, the context was bodywork, actually massage. Since I felt that there was an energetic blockage, which is actually often the case with accidents, I also used acupressure points on her ankle and foot.

But, nothing seemed to make a real difference.

So, after having met her 2 times and listened to her telling me about her life… I suggested something very different.

I suggested energy work, but including more talking and working with the emotions, too.

She accepted this and we started with Tapping, which is also often called the Emotional Freedom Technique.

You may, or may not have done Tapping with me (in person or through the exercises I propose in this newsletter).

If you haven’t, here’s a bit of explanation to what tapping is and why it is Body-Mind Work:

It’s an energy technique that uses tapping on acu-points (points of acupuncture – Chinese Medicin), to regularize the flow of energy in our whole system, a bit like the electrical circuits in a house, calm down the fight and flight mechanism and in general help overall well being.

Let’s get back to my client. We started tapping having the physical pain as a starting point. Then I asked her about what happened around this accident and we discovered some strong emotions that we tapped on for maybe 10 minutes.

She went deep into the emotion with the tapping, and also came out of it quite fast, which is important to know… we don’t want to overwhelm your system with the tapping. Just touch on the emotions, allowing them to be there and tap through them…

And you wouldn’t believe how much impact that has! In Sylvie’s case, she tried out walking up the stairs after the at about 10 minutes of Tapping. And lo and behold! There was no more pain in her foot! She couldn’t believe it!!! So many years… and now… that couldn’t be real?! Let’s wait and see if tomorrow it’s still better. And it was!

Do you see? That’s why I always include emotions, mind-patterns, thinking structures into the work I do, even when it’s physical.

Actually, if you want to have a taste of tapping… go to my tapping videos here

And also, there is a Tapping World Summit happening at this moment, in which you can just tap along with really great teachers about different difficulties!

Here’s the link to it.

If you want to tap with me or work with the Body and Mind Connection, contact me: sujati@sujati.com

And if you want more Body-Mind articles and exercises, go here